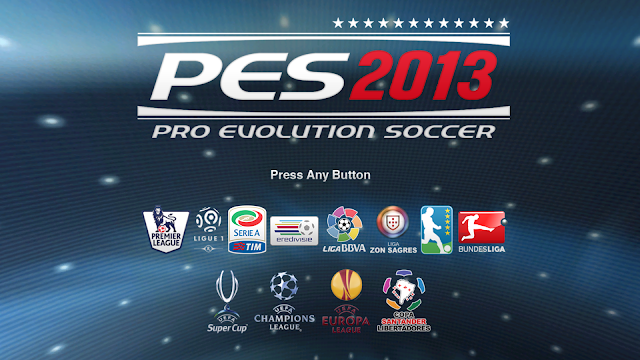 Who is not familiar with the PES, or more popularly known as Winning Eleven. PES is the next generation of Winning Eleven soccer game made ​​by Konami's famous first through the Playstation platform. And now PES is available for all platforms namely Nintendo, Wii, Xbox 360, and PC.
PES was now venturing into the smartphone, and is available in versions of iOS, Symbian, Android and Bada. Many other games, such as Real Football from Gameloft and EA FIFA, but PES still a football game to. And the latest version of this game is PES 2013.
For Android, PES 2013 is not yet available in the Android Market, because this application is paid and theAndroid Market has not provided the purchase paid applications for Indonesia. Alternatively, users can purchase through Android Market website via Google Checkout payments.
Menu choices PES 2013 smartphone version similar to that of the Playstation. You can play Quick Match or practice first by selecting the menu Training, In addition there is the option to play a full league to theChampions League. Option to play a club or national team of a country is also available as the Playstation version.
Overall the game is good and very recommended, according to the predicate as a paid application. Xi-Game little flaws observed in this game is a virtual joystick located some ketengah so sometimes disturbing vision while playing this game. And also the lack of Multiplayer features on the Android version to be a very unfortunate shortcomings. New Multiplayer Features for iOS and Bada versions where users can compete with friends via Wi-Fi or Bluetooth connection.
Download Pes 2013.apk
Download Pes 2013 sd-data
How to Install :
Download and install the .APK
Download the DATA
Paste the DATA folder named 'com.konami.pes2013' in Android/data/*here*
Start the game.
Trimiteţi